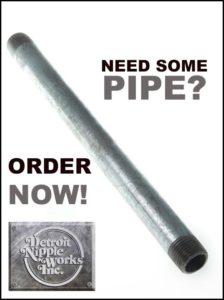 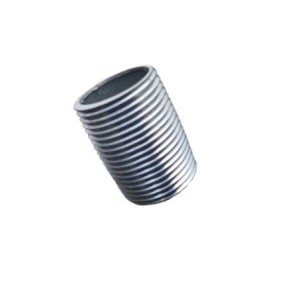 What are Carbon Steel Pipe Nipples?

Nipples are fittings consisting of a short piece of pipe usually provided with a pipe thread at the end for connecting other fittings. At Detroit Nipple Works, we manufacture carbon steel pipe nipples according to industry trends or customer needs.

Other nipples that we carry are:

Looking for sizes of carbon steel nipples or our other pipefittings?? Check out our Detroit Nipple Chart.

Not looking for carbon steel pipe nipples? We also provide other pipes or pipe related products. Detroit Nipple Works has been in business for over 80 years and we are confident that our knowledgeable sales staff can help you out.